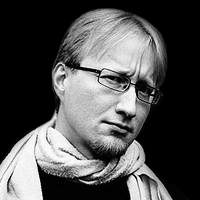 Daniel Schildt is a UX designer & web developer from Finland.

@d2s on GitHub. ~150 are following me there, while I have followed 607 GitHub accounts. GitHub has been useful for keeping up with latest tools, as it shows a feed of starred projects from people that I'm following, allowing to discover potential tools & projects more easily.

I have been using Twitter since 2007. Over the years, the service has changed a lot, and often clearly not to a good direction. Still I kept using it, week after week. Looking back now, it feels a bit odd.

On my @autiomaa account, at the moment of writing, 3949 are following me. Following 3038 Twitter accounts. 73142 tweets in total over the years. That is at least ~16+ tweets per day. Most likely should have spent more time writing blog posts instead of tweets.

Amount of lost time? Probably a lot.
If one tweet took X seconds to write:

And that number does not include the amount of time spent on reading shared content from others. Have spend much more time reading than writing, so the overall number of hours (and days) spent is a lot more. Have learned a lot, but could have used time more productively.

Note: Manually updated numbers at the moment,
until I will figure out how to integrate Twitter
data updater script to Eleventy build process.